Updates from our network

The first edition of the Award took place on 1 December 2016, with winners in two prize categories. The winner in the Woman in Power category is Margrethe Vestager, European Commissioner for Competition, who received the jury’s award for women showing extraordinary leadership on a European level. The winner in the Woman in Action category is Adela Ionela Dinu, a grass-roots level activist for women’s rights in Romania and Europe. She received the members’ award for women undertaking extraordinary actions at grass-root level in Europe. 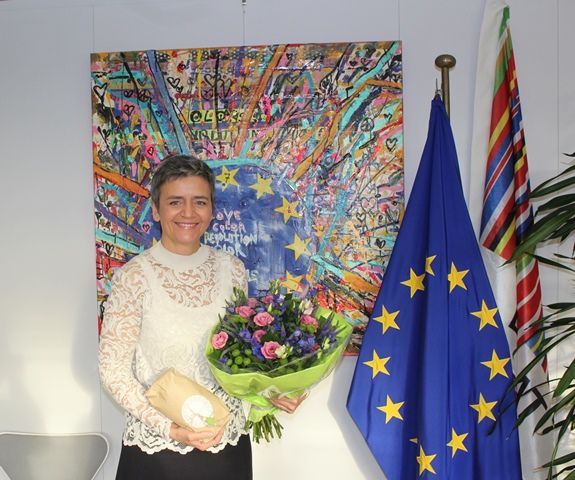 The event was kindly sponsored by ACCA, Burson-Marsteller, Ernst & Young, and Volkswagen. The media partner for this event was EurActiv.

Read about the 2017 Women of Europe Awards here.

The European Movement is a network of organisations that has mobilised citizens and advocated for a democratic, federal and enlarged union since 1948.